I was clearing out some cupboards today and I came across my old stamp collection books! I first starting saving stamps when I was at primary school. At first I collected "world stamps", then just British ones before collecting first day covers until I went to University in 1972.

What I found interesting in the books was how the political world has altered- so many countries have changed their  changed their names, through either annexation, war or independence. 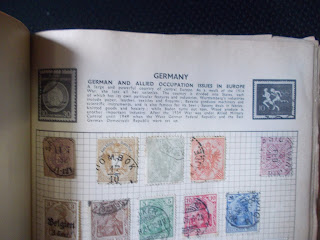 But what fascinated me the most was the page of German stamps. I must have started collecting stamps before the Berlin wall was built and the introduction at the top of the page mentions East Germany and West Germany. 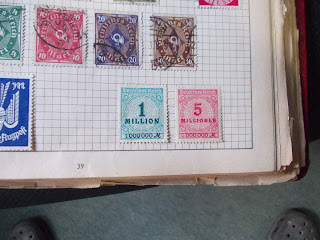 So---- an interesting day, both geographical and historical.....

Posted by Fangfoss Pottery at 12:21