Whatever happened to the "Keep Britain Tidy" campaign? It's disgraceful the amount of litter that is thrown away out of cars - strewn along the hedgerows. 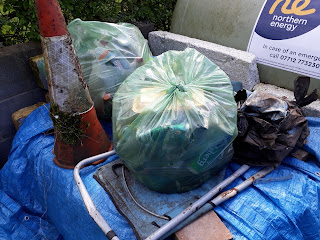 In our village we are having a litter pick and because we can't make it tomorrow, we were asked if we could do 300m along a hedge in our village. We took two big rubbish bags - not expecting to fill them. How wrong we were! The bags were filled - mainly with discarded  beer cans, wine bottles and plastic drink bottles and crisp packets. We also picked up a wrecked camping chair, a bag of cement and a smashed up  road sign.

Posted by Fangfoss Pottery at 12:08 No comments:

Vandalism in our village!!! 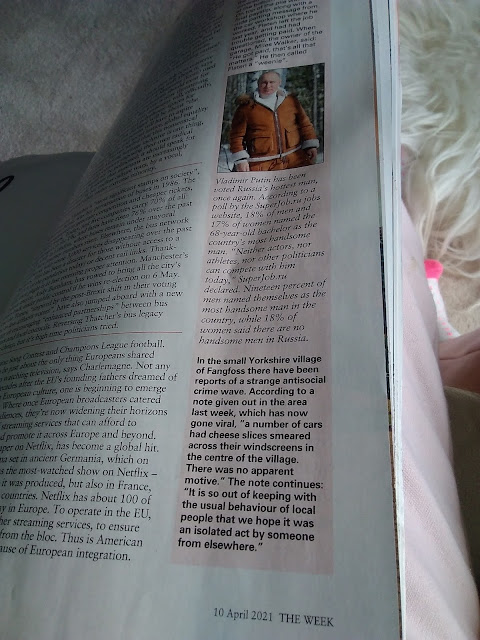 Posted by Fangfoss Pottery at 11:22 No comments: 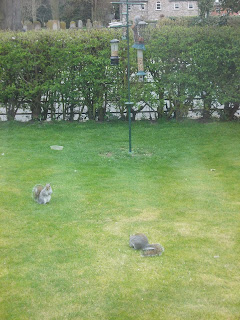 Three squirrels were in the garden today under the bird feeder. These are meant to be squirrel proof, but the squirrels wait until the birds have knocked the seeds out and then collect them from the ground.

Today I put some stale hot cross buns out and the garden was full of rooks - but they didn't even scare away the squirrels!

Posted by Fangfoss Pottery at 11:57 No comments:

Not reducing in the gas kiln 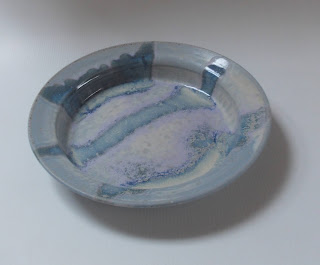 We fire our big gas kiln to 1280 and in the last part of the firing we normally do a period of reduction, before finishing off with an oxidising atmosphere. During the last few firings we had a lot of pots spoilt because of the over reduction - the oatmeal/blue glaze had come out almost brown and all the aqua pots had turned red when not needed. Also, we had a large sculpture to fire that someone had given us and didn't want to put it under too much stress, so we decided in the last firing NOT to have any reduction and have got some lovely pots out! 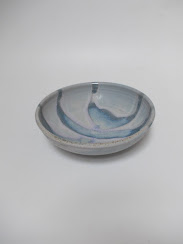 The oatmeal/blue colour has turned out great - blues, lilacs and pale green patches.

It is something we will do more often.

Posted by Fangfoss Pottery at 10:56 No comments: 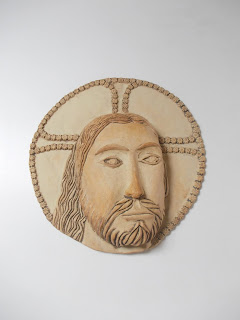 This is a wall plaque that a student has asked us to fire for her. It's quite large -50cm across and is made of crank clay.

It has just come out of the kiln today. It is always scary firing something for someone else. You worry if the clay will withstand our high temperatures - will it crack? It didn't.

She has made a superb job of it so I am sharing it with you now.

Posted by Fangfoss Pottery at 11:21 No comments:

When we were youngsters my parents would take us up to Kelso in the Scottish borders to visit my great grandmother and participate in the "pace egg" rolling which took place there every Easter Monday. 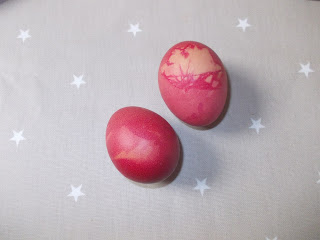 We would prepare our pace eggs in advance. These were eggs that we put leaves around and wrapped  in old stockings (tights hadn't been invented)  and boiled them in onion skins to dye them. The liquid went through the stockings but couldn'r go through the leaves, so you were left with a pattern on the outside.

This is my modern day take - not so good because it is difficult to get white eggs now, and I used red food dye.

There is some debate about where the name pace egg originates. Some say it’s from the Old English Pasch meaning Passover, others that it’s from the French word for Easter, Pâques. Or it could be derived from Latin – some claim it’s from Pacha, which means Easter. 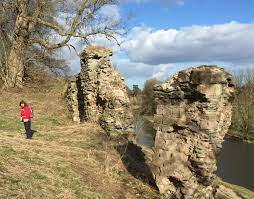 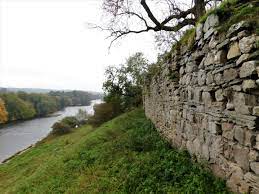 Then we would take a picnic with lots of other people and go to the old site of Roxburgh castle, just outside Kelso,  next to the River Tweed. Then we would roll our eggs down the steep bank and hope they wouldn't fall into the river below, or crack open.

Apparantly, this tradition goes back hundreds of years and was popular in the Northern Counties of England and the borders of Scotland. Sometimes "pace" plays were performed in the towns where the hero was killed in a mock battle, but brought back to life. Is this a familiar theme at Easter?

Posted by Fangfoss Pottery at 11:34 No comments:

A few days ago an order came in from Robert Thompson's Mouseman - a famous furniture maker in Kilburn, North Yorkshire. Going back over a hundred years, Robert Thompson made furniture characterised with a little mouse hidden somewhere on it. His furniture can be seen in churches, pubs, and lots of other buildings and is much sought after now. 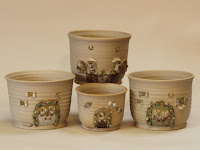 A visitor centre was set up in the original workshop including a lovely gift shop. Because we were making things with mice on, the owners asked if we could supply their shop and we have been for over twenty years. 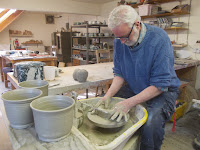 Posted by Fangfoss Pottery at 11:50 No comments: